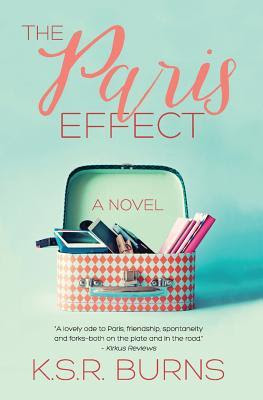 Je vous presenté Amy la protagoniste du livre : The Paris Effect. She lives in Phoenix and she is a domestic goddess. She cooks tortellini with the pasta she makes from scratch, she irons napkins and she sews, knits, crochets and even macramé. But she is restless. Her best friend, Kat has recently died from cancer. Her marriage is at a standstill and she wants normalcy, a solid life that would stick all the raggedy bits and pieces of her together and keep her brain and her soul from flying apart in one big messy gooey bang.

Here are some fast and fun facts about Amy:
(1) Amy is wary of excess weight as she has been fat once when “everything is puffed—knees, ankles, wrists, elbows, fingers, toes." Thus she is on a perpetual diet. She has many rules about dieting. Rule number one : Fidget as much as possible as fidgeting burns calories. Rule number two: 'Nothing tastes as good as feeling skinny feels' and the list goes on to include rules such as ‘Abstention is easier than moderation’  ' Feast your eyes first'   et cetera et cetera.

(2) She is 29 years old and married to William who is addicted to jigsaw puzzles, a math whiz, a gourmet cook, an aeronautical engineer and a planner. It was a short gun marriage. William is a numbers nerd while Amy is a word nerd and she likes lovely tangible objects, art , clothes, architecture and furniture.

(3) She has been laid off and  she volunteers at the local library on certain days during the week.

(5) Books and words are her obsession and she likes to make stuff. Paris is where she dreams of going.

There is The Plan. Before Kat died from cancer, she and Kat had hatched a plan to travel to Paris without William. It sounds totally insane, hiding from her husband her secret plan. Amy has been hoarding fives and tens in a Tupperware container behind the cookbooks and that is the money she is going to use for her escape to Paris.

The Plan provided amusement, diversion , release and comfort throughout Kat’s illness when she went through with Kat her first and then second mastectomy and  the rounds of  chemo and radiation. Kat is dead and she leaves Kat a video asking her not to put things off and she must go to Paris as this is some place  Kat has always wanted to visit. 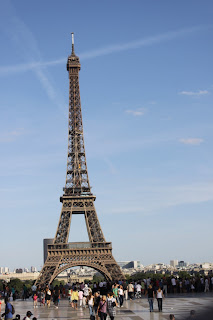 While Amy can sneak away when William is away for a work trip, the only snag with Amy’s plan is William’s phone calls. When away on business, William tends to call Amy numerous times a day. So she  needs to find a way to control the telephone calls. Before Kat died, they guffawed loudly when they talked about The Plan. Armed with two hundred tens and one hundred ninety-six fives, which comes to two thousand nine hundred eighty dollars ,will Amy make it to  Paris when William is on a work trip in New Jersey? The French is known for  their  cuisines, how is Amy going to enjoy Paris when she is on a perpetual diet ? It is an escapade. What is Amy running from?

The Paris Effect is written in Amy’s voice. I can resonate with the passage: 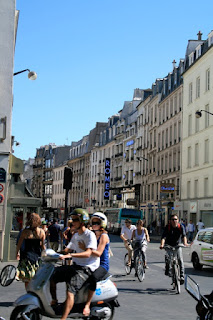 Excerpt from the book The Paris Effect

“Something to drink for you, madame?”
The flight attendant smiles even though I am easily the two‐
hundredth person she’s said this to.
“Um. Sparkling water, please,” I say.
I am on an airplane.
I am being addressed as madame.
I am implementing The Plan. Without Kat. Without William. With only myself. Because this morning after watching Kat’s video four more times I went to the spare bedroom that William calls a nursery, unzipped the outside pocket of Kat’s still‐packed carry‐on, the one that smells like lemon verbena, and found an envelope with two blue plastic cards inside. “Okay,” read the enclosed note. “It’s not a fancy presentation. But these are airline gift cards. One should get you to Paris. One should get you back. Now you have no excuse. Go! Hugs, Kat.”
The next hour went by like a bag of M&Ms. It took only twenty minutes to locate a flight on Air France, LA to Paris, and to redeem the cards. Fifteen to reserve a spot on Alaska from Phoenix to LA. The hardest part was writing a three‐line email to the Hôtel du Cheval Blanc, chosen long ago as a not‐too‐expensive‐yet‐ideally‐located place to stay. Finally I clicked on Send, grabbed my wallet, hopped in the Honda, and vroomed off to Costco for the ribs. A reply from the Hôtel du Cheval Blanc was waiting when I got back. “You have chance, madame,” it said. “We happily have a cancellation for the nights you name. We would be pleased to welcome you on Monday next.”
And now I am on my way. I take a deep breath through my mouth, because my nose is still completely plugged up, and survey my realm. My carry‐on is stowed in an overhead compartment across the aisle, my tote bag is stuffed under the seat in front of me, and my money belt is strapped under my brand new skinny jeans, which are way too tight. But the skinny jeans are mandatory. They are part of The Plan.


Just twenty‐four hours ago William and I barbecued ribs together on the patio. He ate heartily but said little. I too was mostly silent, unable to think about anything other than my reservation on Air France and my packed suitcase and the fact that oh‐wow‐oh‐God‐I’m‐actually‐ doing‐this.

The Paris Effect is a truly enjoyable read. At some stage, there is suspense and it keeps you going and you simply want to keep going even after it reaches the end . A fascinating ride for both Amy and the reader. An adventure indeed. I cannot wait to read the sequel about Amy.clickhere 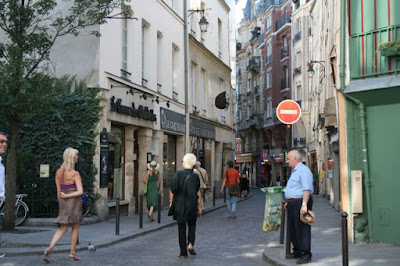