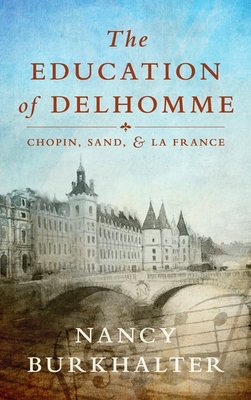 In February 1848, a new republic is created following the overthrow of King Louis Philippe.

The story begins with Beaulieu Delhomme, a piano tuner, sitting shivering on the mud floor of a crowded cell. He has been thrown into the infamous Conciergerie jail in Paris. Beaulieu faces the guillotine for committing treason against the newly elected French president purportedly due to his part in the bloody worker uprisings in 1848. The one person who could possibly save him from this fate is the celebrated writer, George Sand, his former arch-rival. Both of them were vying for Frédéric Chopin's attention during the composer's lifetime and they had never thought well and kindly of one another. Will Sand let bygone be bygone and accept that Delhomme is a changed man? But then her testimony has been rejected by the trial court, how is she going to rescue Delhomme from his fate even if she wants to ? How did the piano tuner end up being found guilty of treason in the first place?

The fiction is narrated in the piano tuner’s voice and also George Sand’s voice through her diary . Ms Burkhalter cleverly weaves the story between the two narrations and tells the story about how a piano tuner, dropped out of medical school and the Conservatoire in Paris and later became a piano tuner and somehow forced to become a Royal spy in exchange of cash and getting himself entrapped in the hands of the spymaster, Eugène Françoise Vidocq.

For generations, the Delhommes had been living in   Marainville-sur-Madon in the Lorraine region, a small agricultural village with fertile soil but the young Beaulieu Delhomme was restless . To the disappointment of his dad who was a dedicated and well-regarded medical doctor, Beaulieu dropped out of medical school. His forte was definitely not in anatomy and he felt nausea at the thought of tending to wounds and lesions and touching a cadaver. He met Hector Berlioz who shared similar misgivings about studying medicine and only did it to please his dad just like Beaulieu. Berlioz who had been secretly composing for many years dropped out of the medical school at the same time as Beaulieu but he was subsequently accepted at the Conservatoire. With Berlioz's recommendation, the twenty-one-year- old Delhomme was given the opportunity to see if he could study at the Conservatoire. The young Delhomme  had always wanted to  play the piano and dreamt of  becoming a pianist performing with a symphony orchestra. He had won several competitions in Marainville and tutored students but regrettably , after two months of regimented practice on the piano, he did not make the mark and was dismissed. M. Proulx, his music instructor said to him kindly, " God does not mete out talent equally. " 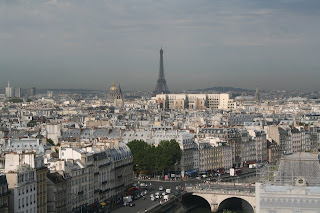 Delhomme found his calling when he became the apprentice of Giles who had tuned and repaired the Conservatoire's pianos and harpsichords for decades. When Giles retired, he took over the piano tuning business. Apparently tuning has nothing to do with music and tuners listen to beats and learn how to count them and adjust various intervals according to a pattern. To be a tuner, what matters is precision and attention to details. He became an excellent tuner.

Through Berlioz, Delhomme became acquainted with Frédéric Chopin whom he had adored for his musical talent and had felt connected after being told of a story by the Head of Medical School about how his father had known Chopin’s dad in Warsaw. After some plotting, he became Chopin's piano tuner whose services Chopin depended on for all his recitals and performances. There was mutual disapproval between Delhomme and Chopin's lover, George Sand aka Lucile-Aurore Dudevant, née Dupin. But Chopin had required Delhomme's services as he instinctively knew how the celebrated pianist wanted a piano to be tuned, regulated and voiced. By reason of his association with Chopin, Delhomme met with several formidable creative talents at the time, such as Franz Liszt and the Russian writer  Ivan Turgenev.

'...I also understood that artists had a unique calling to make something out of nothing and enjoyed being among like-minded people who confronted a similar ordeal : blank pages and canvases. Are these gifts sent from on high or born of a mental illness where voices speak to them? Who can be certain? Even they cannot explain their source of inspiration. To be sure, Chopin suffered because of his gift. He closed himself up for days in his apartment, crying out in frustration, breaking quills, writing, scratching out, and rewriting. He once told me, “ The pen burns my fingers.”‘

‘ Why would they struggle so? What forced artists to torture themselves into meeting expectations only they have created? Just as Ulysses was lashed to his mast to resist the Sirens’ song, so too was Chopin ensnared by the Sirens of his imagination. Who or what decided when a work was done? As a tuner, I had the laws of physics – a string’s length, tension, and diameter – to guide me. But for artists, there were no such rules, save for the limitations imposed by language, sound, or color. One would have been excused for thinking they enjoyed their suffering.'

Ms Burkhalter is a piano tuner herself. Her skills as a linguist have helped her to do all the necessary research for the book , leapfrogging from one source to another about France, Poland and Russia, music, tuning, Chopin, Sand, Vidocq, Berlioz and she has travelled to Warsaw, Paris and Nohant including visiting Chopin's grave and saw a piano Chopin had played on in Fryderyk Chopin Museum, Warsaw. For the story, she explains under her author's note that she had taken the artistic liberty to change some historical facts such as the timeline when Berlioz attended medical school and that Berlioz did graduate from medical school. Ms Burkhalter also imagines diary entries by George Sand based on her autobiography and accounts by others.

When the author is asked how did she come up with the idea of writing a book about Chopin's piano tuner, her answer?

' Inspirations come from a place with no address, no accountability, and no way to access it on demand.' - Author's note.

The Education of Delhomme Chopin, Sand & La France  is indeed a commendable read for historical fiction readers. It is a  captivating and marvellous read with a very detailed description of the music and art scenes in the early 19th century and vivid characterisations of known historical personalities. Absolument. 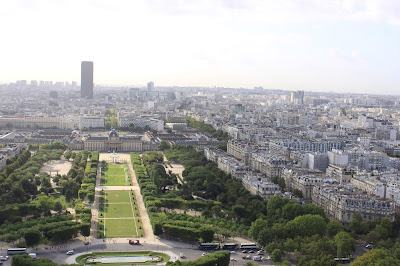