Voila!  Paris Ever After, the much-awaited sequel to The Paris Effect is here. Le bonheur, à nouveau ?

click
After a big argument with  her husband, William Brodie, Amy sets off to Paris for the second time. Amy’s adventure continues.

It is early September. As it happens, on her thirtieth birthday, Amy finds William at Hôtel du Cheval Blanc the hotel she stayed in when she first set foot in Paris. She walks past the hotel almost every day and it is sheer coincidence that on her birthday, she sees a man that looks like her  husband checking into the hotel and indeed it is Will. Is that a  good thing or something ominous? She has been carrying a significant piece of news that she has not found the opportunity to break it to Will as the latter has told her that he does not ever want to see her again.

After spending sometime in Paris, Amy has evolved into Amy 2.0, a more self- assured woman who needs to re-examine her own feelings and what she wants. She has been estranged from her husband and she has made two good friends in Paris: Margaret, her landlady is also her confidante  and  Manu, her new found buddy with whom she has found a certain connection. Margaret and Manu remind Amy a little of her estranged husband and his grandad, i.e. ‘Best buddies, Mutual admiration society’. In Amy's narrative, Margaret is sixty-five “but she isn’t one of those hale and hearty oldsters who sails around the world solo or hikes the Pacific Crest Trail. She drinks more wine than maybe she should and takes a huge number of pills, red ones and blue ones and white ones and pink ones. I don’t think even she knows what they’re all for.”

There seems to be a pattern in Amy’s actions - planning a secret trip to Paris without Will’s knowledge and when he visited her in Paris, they had a row and she walked out again. And now that her husband is here in Paris, should she be making an attempt to make up with him given the situation that she has found herself in? What is she running away from? Will she who hails from Phoenix be able to call Paris home? As trite as it may sound, we know that home is where love is.  In Amy's voice, here is  a description of Will:

“He’s a regular guy. An engineer from Minnesota. Nice. Normal. Loves math, science, baseball, and babies. Changes the oil in my car for me. Taught me how to make pasta from scratch.”

Amy is not certain about what Will wants and she ends up spying on him. As she trails after Will, she notices that he has a selfie-stick and his shirt is crumpled, he is not like the controlled and conservative husband  that she knows. Amy's life is turning upside down. Her life has changed since she got on the plane to Paris a year ago. Is it for better or for worse? Paris Ever After is a story is about  second chance at finding love. To begin with, Aimée, the name of the protagonist is so spot on and Paris, the city of lights, is where the story takes place. It is a compelling read as you want to know if Amy and her husband will get back together. You root for the protagonist as if she is your close pal.  Kudos to Amy and she must do as she pleases and what is right for her.  For those readers who have read The Paris Effect, you will note that in Paris Ever After, Amy has transformed from a fastidious eater, someone who has a constant tug-of-war love-hate relationship with food to someone who has bigger things to care for. Not only Amy is evolving, Will has also changed during her absence.  Burns writes in Amy's voice:

“Weird. William learning to use emojis is not a development I would have predicted. Emojis are frivolous and open to misinterpretation. Texting itself is not fun for William, who hates typing on his phone. “The user interface is suboptimal for my thumbs,” he once complained to me. I laughed at the time—he’s such a geek—and can’t help smiling a little now.”

Paris Ever After is a fun read. The first person's voice that  Ms Burns has created for Amy is warm and down-to-earth, it sounds like someone you might know telling her story. It is easy to get into the rhythm of the narration that is interjected with wry humour and you can read it in one sitting and you definitely want to read it quickly because the story is such a page-turner. Apart from Margaret, there is Hervé, another quirky character. Not all the characters are likeable but they are colourful characters and you can imagine them being acted out in a film. Paris Ever After is fiction but often fiction imitates life and an avid reader can empathize with the emotional roller coaster ride that Amy goes through.

Sincere congratulations to Karen Burns for her sequel and I look forward to the making of the first book into a film.  THE PARIS EFFECT click has been optioned for film and TV. More about the author 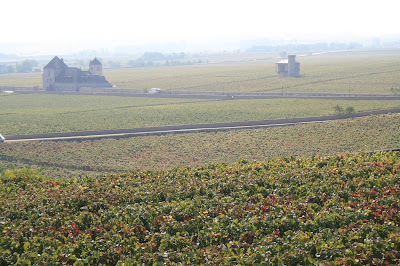 Labels: K.S.R Burns, Paris Ever After